Last week, I described one of my family’s most perplexing genealogical mysteries. On March 15, two women will travel nearly 5,000 miles from Norway to Abaco, hoping to solve a family mystery of their own.

Olaus Johansen (right) and his three sons in the late 1930s. Photo courtesy of Eric Wiberg and the Johansen family.

Accompanied by a film crew for a Norwegian genealogical program hosted by Tore Stromoy, and by writer Eric Wiberg (who grew up in the Bahamas and has studied and written extensively about local marine history), two of Olaus Johansen’s granddaughters are coming to Abaco for four days, to search for his grave.

During WWII, fifty-six-year-old Olaus Edvin Gamst Johansen was a crew member aboard the Norwegian tanker O A Knudsen. On March 5/6, 1942, en route from Port Arthur, Texas back to Europe, the vessel was torpedoed by a German submarine 85 miles northeast of Hole in the Wall, on the Abaco mainland.

All but one of the forty souls aboard survived the attack. After two days in lifeboats adrift at sea, they were rescued by Captain Sherwin Archer and the mailboat Athena. The crew members were brought to Cornwall, a remote lumber camp north of Hole in the Wall, before being transported to Nassau for treatment and ultimately, repatriation.

Having suffered extensive burns in the attack, however, Olaus Johansen was too weak to travel. He remained in Cornwall where, on March 9/10, he succumbed to his injuries. Residents of the small camp buried him in the woods nearby.

In 1943, the lumber company packed up and moved on. The camp site — and Johansen’s grave — were soon reclaimed by nature. A week from this Sunday, 73 years after his death, Olaus Johansen’s granddaughters, along with Eric Wiberg, Tore Stromoy and crew, will begin their search for his grave.

They hope to erect a memorial at the site and help bring closure to this sad chapter in the Johansens’ family history. Though Eric Wiberg has located the former lumber camp during previous visits, the exact position of Johansen’s grave remains a secret, known only to handful of amateur Abaco archaeologists.

Olaus Johansen’s granddaughters hope that one of these folks can help lead them to (or at least narrow their search for) his final resting place. If you or someone you know can offer guidance or assistance, please contact me as soon as possible and I’ll put you in touch with Eric Wiberg.

In the meantime, to learn more about Olaus Johansen, the sinking of the O A Knudsen and Bahamian maritime history in general, see Eric’s website and his recent articles in The Tribune and The Abaconian.

A couple of months back, I wrote about the search for the grave of Olaus Johansen, a WWII sailor who died and was buried on Abaco after his vessel was sunk by a U-boat.

In mid-March, writer and historian Eric Wiberg, a film crew from a Norwegian TV program, and two of Olaus Johansens’s granddaughters travelled to Abaco to try to locate his final resting place.

Though a non-disclosure agreement prevents Eric from sharing details about the outcome of their search until the Norwegian TV program airs later this fall, he recently sent the following report about their experiences while on Abaco.

“On Sunday the 14th of March, in order to fulfill a 6-year search for a Norwegian sailor buried in southern Abaco during WWII, I met with a film crew from Norway at Marsh Harbour Airport.

Over the next five days, we — the producer, a soundman, a cameraman, and two granddaughters of the deceased sailor whose ship had been sunk by a German U-Boat off Abaco in March 1942 — travelled extensively in the area.

The first day we went to interview an old-timer (Mr. Winer Malone) in Hope Town and got some great footage of the WWII monument and beach there.

We located to Sandy Point, near where we thought the men landed, and stayed at Oeisha’s Resort, where we were very well looked after. Again, we obtained amazing footage of fishermen at Crossing Rocks, the old railway and lumber camp at Cornwall 6, Hole in the Wall Light and environs (the cracked bridge), and scenic Sandy Point itself. We even chartered a boat to see Cross Harbour Creek, which was teeming with sea life, including sharks and turtles.

Everywhere we went we were hospitably looked after — within 2 days it seemed that everyone knew what we were doing. Word gets around quickly in these communities. Amazingly we met a Norwegian woman married to a Bahamian, the son of a Norwegian man and Bahamian mother, and several excellent tour guides and naturalists.

Amanda Diedrick and her contacts Jack Lowe and Alton Lowe provided several phone interviews. Patrick Bethel, Donald Pinder, and Oeisha and her sisters were all extremely helpful, as were Siren and Marcus Davis and Mr. McKinney of Crossing Rocks.

Overall I found it a new and very exciting experience to work with a film crew. Fortunately because the camera crew carried their own equipment and generally minded their own business, we did not “stand out” as much as I thought we would, and people were comfortable to let us just do our job.

The Norwegians were great company – good humored and hard working – and we decamped to “Eric’s Pub” in Sandy Point to go over the day each evening, and often swam in the lovely beach opposite Oeisha’s.”

Once the Norwegian program airs, Eric promises to send a link to it (hopefully with sub-titles) and to share with us what, if anything, the search party found.

Every day this week, as a lead up to my Marsh Harbour book signing on Saturday, May 13th, I’ll be sharing historic Abaco photographs and brief excerpts from my new book, Those Who Stayed.

When Abaco’s trusty, long-serving mailboat, the Priscilla, was destroyed in the 1932 hurricane, she was replaced by the Content, a converted luxury yacht.

Originally owned by a West Palm Beach millionaire, the 120-foot Content had been purchased by the R.W. Sawyer Co. of Nassau, and converted to a mailboat, captained by Green Turtle Cay’s Roland Roberts and Stanley Weatherford.

END_OF_DOCUMENT_TOKEN_TO_BE_REPLACED

Thursday is by far the busiest day of the week on Green Turtle Cay. Not only is it the one day the bank opens (for four whole hours!), but representatives from the electric and telephone companies (sometimes) arrive on the island to enable locals to pay bills and conduct business.

And the mailboat comes.

END_OF_DOCUMENT_TOKEN_TO_BE_REPLACED

Yikes! In my recent blog post about Bahamas-related blogs and websites, I overlooked several of the very best. What was I thinking? With apologies for the oversight, here are three more of my favourite online Bahamian resources. 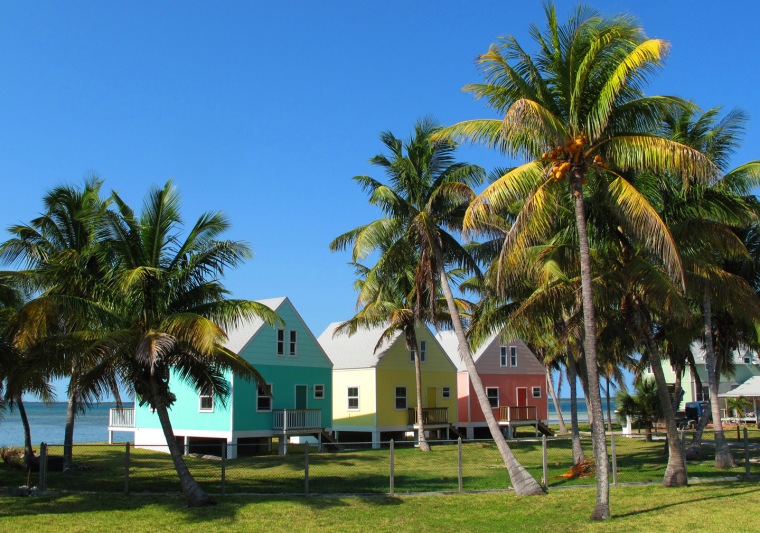 END_OF_DOCUMENT_TOKEN_TO_BE_REPLACED

A Visitor’s Guide to Post-Dorian Abaco

PLEASE HELP IF YOU CAN!

Got photos of Abaco you'd like to share with LHBTF readers? Send them to amanda (at) littlehousebytheferry (dot) com. You'll get full photo credit as well as a link back to your personal or business website.